We nowadays have DNA testing which should be standard procedure at birth but it isn't, all in the name of protecting women who thieve men's earning power and their childrens' true identity.

Most people forget the children in this problem -- who are deprived of their real famliy on the father's side.

This has psychological and life-long medical consequences, for example, if you don't know the race of your father race specific medication can't be dispensed, nor can you donate (or receive) lifesaving tissues from blood relatives.  And an entire social safety net is also removed from you when you lose your father.

So, the onus is on the men who get fingered as the father to ensure that their children are not robbed of their family, in other words, men must begin to demand a DNA test before they accept fatherhood.  It's so important that I think that having to pay alimony as a punishment for not protecting the child by demanding that DNA test is just (if very harsh, but think what the child loses!)

Socially demanding this DNA test is awkward at the moment, because it's viewed as an expensive waste of time and as an open mistrust towards the women.

So, what can be done to normalise the DNA test in society?

It makes sense all round -- men becoming a father should celebrate this with the solemn ceremony, whether they accept a new baby as their offspring or adopt a stranger's child -- it's an important step in their lives, and in the case of adoption, also a huge change for the child, and what better start than to have your new father accept you as his child in this formal way with a public vow to protect and love you?    Well, yeah, it is a bit like marriage, only that there is no divorce possible from children -- they stay your children no matter what.

It will also raise the profile for fathers, and give them their day to pose with their brood.  It will underline the meaning of being a father as well -- and bring that idea to the forefront that day.

Atheists can use it in place of christening, and religious people can just add it to their list of celebrations.

So folks, get that DNA cert framed, (or the adoption cert), hang it proudly up for everyone to see (first on the ceremony and then in your living room) and so appreciate your fatherhood and your children and their true heritage properly.

Some people will complain that this excludes 'your partner's children' -- yep, it does.  Because, you see, you're not their dad, nor should you seek to be unless you're willing to take them on for life, which means adoption.  Otherwise, just stay off the other dad's patch.  It doesn't stop you from being part of their life, but for as long as you can just walk our of the door on them, you should not pretend to be their father.

Likewise, some will moan that it stigmatises children.  Nops, nothing today stigmatises a child anymore because of their heritage, so there is no need to hide anything, especially not the badge of honour people earn for rescuing a child from live hell.  It's something to be proud of, not to hide!

How should the party be organised?  Anyway you like, as long as it involved the cert, the vow and a public announcement in the local paper, including invites to anyone you'd normally invite to a christening/wedding.

It still needs a catchy name though, 'fatherhood ceremony' sounds too functional, so, it anyone has an idea for a great name for this new ceremony, use the comments.
Posted by Hexe Froschbein No comments:

I am not nice -- what it really means.

Now, this lady here called Ann Barnhardt is a very believing Christian, and one of the few religious people I've respect for and can listen to whilst disagreeing without feeling I've wasted my time. She is very inspiring, and she builds her thinking on first principles and she isn't intellectually vain, which means she doesn't have to compromise. I may not agree with her view, but I can respect it because it's coherent and not a muddle of wanna-coulda-shoulda-if-only.

Her explanation of the meaning of the word 'nice' is excellent... and what is really meant by the title of this blog, even though I had no idea about the latin roots.  However, nice people have always annoyed me, and now I know why!

The true meaning of the word nice starts to be explained at 3:20 here:


Posted by Hexe Froschbein No comments:

Setting the house on fire propely

In Germany, Houses with Solar panels on the roof are now left to burn down because of safety reason -- the firefighters don't want to be electrocuted.

That is going to be an interesting one, because the insurance premiums will be epic(if available at all), but since fire insurance is voluntary in Germany the question is, how many people will want to take the gamble. And if the house is not detached... will you be able to stop your neighbor from installing this stuff on their roof?

Tim Worstall seriously considered to change his mind about anonymity in rape cases because Al Gore was implicated and he doesn't like Al Gore.

Now that Al Gore has been cleared will Tim unchange his mind again and accept that in fact the Al Gore case and his reaction is a classic example as to why men accused of rape should be anonymous until proven guilty?

If there are other women who need to come forward(why haven't they in the first place? Not shopping your rapist/molester to the cops ASAP means you're part of the next crimes he commits...), those women can do that when the case is published and then further prosecution should be considered.

And even though the law is more prone to opinion than science, evidence still beats the 'consensus' (just like with climate 'science') just like logic still trumps emotion.
Posted by Hexe Froschbein 1 comment:

Manners, Customs and Dress During the Middle Ages and During the Renaissance Period -- this book is a lot of fun and no, not much has changed ever since those times either(take special note of chapters 30&31...). Much more interesting than the usual laundry list of nobles and their wars and marriages!

Popular History of France from the Earliest Times The chapter on Charlemagne is fascinating! The book has 3 completed volumes, and a 4th is in the making.

There is also The History of London which starts earlier but because it's written for boys back in the day, it is quite easy listening and far more deep than a BBC production and not as preachy or patronising as well :)
Posted by Hexe Froschbein No comments:

I think I prefer the capitalist approach and make the user pay:

Maybe we need some kind of disposal certificate number etched on the appliance, where on purchase of a new item, we pay the disposal costs upfront, plus a bond, which gets refunded (with interest) when the item finally gets collected by a council.

Plus it would generate a nice pool of money that could be used to invest/etc. The savings from not being blackmailed into paying for other people's rubbish easily make up the extra bureaucracy involved, most of which can be automated anyway.

Of course fridges etc would cost about £100 more but that is only the true cost, instead of the subsidised price that is advertised at the moment.
Posted by Hexe Froschbein No comments:

Labels: comments, economics, everything must be hygenic

Inspector Gadgets blogentry is interesting -- like many he is so disgusted by the entire thing that he just fails to see why people are paying Moat this kind of tribute. Here is my comment:

I'm amazed you don't understand that this hero worship of Moat actually is the last remnants of an instinct for decent principles his fans have.

What (distorted shades of) values did he demonstrate to his audience (not to us!)?

1) He didn't just discard his ex, he cared enough to be seriously upset(if he didn't he'd not have shot her and just moved on to the next woman, as there was a queue of 'ladies' waiting for him anyway). Most men of his 'status' (and stature) nowadays wouldn't care about loving (for strange values thereof) a women at all but change them like underpants.

Women appreciate that kind of 'romantic loyalty' nowadays, especially since the only steady men on offer (if available at all) are feminised wimps. (and of course, all those 'good girls' would not have set Moat and the new guy up for her private Circus Maximus game either, honest guv)

2) Moat took care of the guy who 'stole' his girl and lived in his house (You had that spot on. in fact this entire thing was an Anglo-Saxon honour killing). This does have a lot of appeal, especially to the hen-pecked and cuckolded males of today.

3) He took on 'The Man'. Chavs, just like Lefties have a penchant for this probably from watching too many movies or so... the dream of David vs Goliath lives on here.

4) He did what he said he would -- he was a man of his word. This is a rare thing nowadays.

In other words, in todays' world of neutered plastic people, Moat tried hard to be a 'real man'(tm), and whilst it was a caricature thereof, it still comes closer to 'the dream' than reality -- he was a real life 'Conan the Barbarian'.

The hero worship of Moat is a strange protest at modern morals more than it is a tribute. 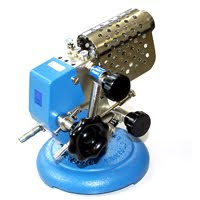 Hexe Froschbein
I'm a tenured Professor at the University of Life.

Interwebs I listen to